The Progression of DNA Technology

Advancements in DNA technology significantly improves year on year, and with-it present opportunities to reveal far more intricate details about a criminal case than it was ever imagined possible. Whilst the world of DNA remains one historically constructed around genetic fingerprinting and matching suspects to blood, hair and saliva samples, the potential scope to build even broader pictures about individual family, immigration and criminal law cases is seemingly limitless as time goes on.

As the growth of DNA technology continues to gather pace, it’s now possible to re-examine criminal cases of old which have proved inconclusive. So much so, that the latest technology available to forensic experts has culminated in several exonerations of formerly convicted suspects.

For their hugely important part, our forensic expert witnesses can access and draw on revisions which are constantly being made and facilitated in DNA technology, ultimately providing valuable and far-reaching insights into a variety of cases. Sequencing technologies which extract key information from numerous sample types, work with ever-changing database tools which interpret the findings and ensure meaningful results are concluded.

The most common type of DNA profiling used today is called STR, Short Tandem Repeat analysis, which evolved from the acceleration of sequencing technologies. As 99.9 percent of DNA is shared by everybody, it is STR that’s gives nearly certain evidence of a person's identity because the likelihood of two unrelated people having the same number of repeated sequences is very small. This enhanced functionality will potentially result in greater opportunities to differentiate individuals in otherwise complex mixtures.

Authorities are reaping the rewards brought by the advent of advanced forensic genealogy practices, this is one area of DNA specialism which leads the way in several new techniques recently rolled out. This progression of DNA technology has seen various criminal investigations reopened of late, amongst them two very different ones which have captured our attention and proven just how new forensics can steer unsolved or closed criminal cases. 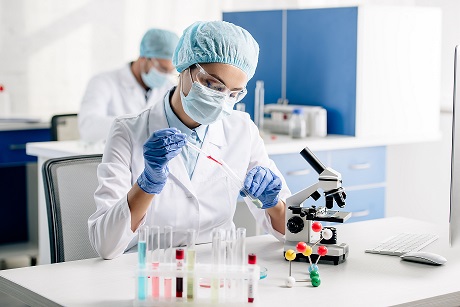 The evolution of forensic DNA testing has been instrumental in solving a range of criminal cases, including sexual assaults and murder. Developments in molecular biology and bioinformatics, which are used to analyse and identify samples previously considered inconclusive have been adopted to take this sector to the next level.

Molecular biology is the focus on the biological activity in and between human cells, including molecular synthesis, modification, mechanisms and interactions. While bioinformatics is the infrastructure which develops methods and software tools which translate large and often complex biological data sets.

Take for example the recent reporting of a man who served 17 years behind bars for the rape of a Lancashire woman, who now believes the progression of DNA evidence can overturn his case. Cited and subsequently sentenced in a violent assault on a woman in 2004, the emergence of new DNA technology has questioned the validity of his conviction.

Despite the fact that forensics weren’t used in the original trial, existing samples taken at the time by the police remain to this day. It’s the timely revisiting of certain DNA samples and subjecting them to new testing methodology which has shed light on the initial findings some 17 years ago. The former inmate’s legal team are looking to prove their client’s innocence, such is the strength of material evidence freshly addressed.

Meanwhile it’s taken almost four decades - and a DNA breakthrough - to finally solve one of Scotland’s most high-profile unsolved cases.

Those responsible for scrutinising the case of a convicted sex offender - and trying to establish his connection to the murder of a Glasgow woman in 1984 - didn’t have access to DNA, CCTV and the wealth of digital forensics readily available today. With limited evidence at their disposal and numerous blanks drawn at the time, including the lack of witness reports and the sole reliance on blood grouping and serum testing, the prime suspect evaded justice during the intervening years.

That is until a new DNA-profiling facility opened recently in North Lanarkshire’s Scottish Crime Campus led to a major breakthrough. Essentially the latest technology now allowed experts to pore over 24 individual DNA markers, compared to the 11 previously, increasing the chances of obtaining results from smaller of lower quality samples.

According to forensic scientists, being able to “reach back in time”, encourages further exploration here in 2021. Aided by the fact that often little was done with the sampled evidence back then, resulting in materials presented at the time being found pretty much preserved. In this particular case, a knot in a ligature tightened by the murderer 35 years earlier harvested the degree of contamination-free DNA required to revisit the case.

Our forensic expert witnesses gain unparalleled access to your client’s clinical records as and when required and can be pivotal in cases which focus on family, immigration, and criminal law.

Your dedicated account handler will ensure that your case has the most suitable expert witness, to provide first-hand experience and expansive knowledge when it comes to compiling all-encompassing reports, which we’ve been successfully doing for 15 years.

For more information on our expert witness service in general and forensic science experts in particular, please get in touch with us.